You've probably heard of the world's most popular cryptocurrency, Bitcoin. News sites and social media feeds are full of stories of crypto billionaires, digital visionaries, dangerous hackers, and regular folks losing their wallets containing millions of dollars worth of Bitcoin. It even has its own currency symbol: ₿

But what is Bitcoin, really? In this blog post we'll explain the basics of Bitcoin so that next time your millennial and zoomer friends want to talk crypto, you'll feel like one of the cool kids.

A cryptocurrency, crypto-currency, or crypto is a digital asset designed to work as a medium of exchange wherein individual coin ownership records are stored in a ledger existing in the form of a computerized database using strong cryptography to secure transaction records, to control the creation of additional coins, and to verify the transfer of coin ownership.

Bitcoin was first created by a mysterious individual (or group) named Satoshi Nakamoto. Nakamoto's true identity remains unknown, perhaps for good reason. Nakamoto described Bitcoin in his paper titled Bitcoin: A Peer-to-Peer Electronic Cash System. The very first sentence of the abstract sums up the mission and ethos of Bitcoin:

A purely peer-to-peer version of electronic cash would allow online payments to be sent directly from one party to another without going through a financial institution.

In essence, Bitcoin is digital money that doesn't require a bank or financial institution to function as a store of value and means of exchange. It allows complete strangers to transact directly with each other in a trusted manner without a third party. How is this possible? Through the power of math!

Vires In Numeris - Strength In Numbers

You may be thinking "Ok, tamper-proof digital money sounds awesome but how do I know I can trust it?" Bitcoin uses a network of computers to power an electronic ledger called the blockchain. The Bitcoin blockchain is a public record of every Bitcoin transaction ever made since the first one in 2009. Don't believe me? You can check it out for yourself on the Blockchain explorer website.

At the time this transaction was worth zero. Back then there were no markets and certainly no exchange rate for Bitcoin. At the time of this writing those 50 Bitcoins are worth $2,008,649 USD. Every single transaction in Bitcoin since that first one has been recorded on this public ledger that anyone can view and search.

How do we know that we can trust the ledger? The truth lies in mathematical proof calculations conducted by millions of Bitcoin compute nodes around the world. Bitcoin uses what's called a Proof of Work algorithm to ensure fidelity and accuracy on the blockchain. All those computers spend their time solving complex math equations to verify each and every transaction that goes onto the public ledger. In exchange for doing this work, some of these machines are granted awards in the form of new Bitcoin.

Fiat money, such as the US Dollar is backed by the "full faith and credit" of the US Government. Bitcoin, on the other hand, is backed by pure math. The blockchain is trustworthy because it's based on unassailable mathematical proof. This is why Bitcoin can be trusted for transactions between complete strangers on opposite sides of the globe. The numbers never lie.

You don't need to be a math wizard to understand Bitcoin. Take a simple math equation like 2 + 2 = 4. Think about how much faith you have in 2 + 2 = 4. Would you bet your life on it in exchange for a million dollars? Most of us probably would see that as a pretty sure bet. The code and equations that power the Bitcoin blockchain are rock-solid reliable because they are based on math. It's more complex than our 2 + 2 example but the principle remains the same. If you trust the math, you can trust the blockchain.

All of the source code for Bitcoin is public and available for review. Some of the smartest minds in the world are working on this code and scanning it for vulnerabilities and issues. To date nobody has been able to successfully compromise the Bitcoin blockchain, and nearly a trillion dollars worth of Bitcoin is stored safely on the ledger by millions of users worldwide.

Bitcoin advocates feel that they can trust the math more than they trust their government or bank. Remember - Strength in Numbers!

What's in Your Crypto Wallet?

Now that you understand the public ledger known as the blockchain, you're probably wondering "Where do I keep my Bitcoins?". Instinctively we want to think about keeping our money in a wallet or a safe but Bitcoin doesn't work that way. All of your Bitcoins live on the public ledger alongside everybody else's Bitcoins. Sounds scary right? How do you know that your coins will be safe?

The solution to this problem is public key cryptography, also known as asymmetric cryptography. I know, more math, stick with me here, we'll keep the explanation simple. Imagine for a moment that the blockchain is a giant row of lockers. Each locker has a public address printed on the outside of it with a slot for inserting money. Each locker also has a keypad on it for entering a password or private key. Anyone in the world can put money into a locker, but to remove money you have to punch the private key into the keypad to unlock the locker. So in review:

Public Address (or key): Allows others to send you Bitcoin

Private Key: Secret passphrase or code that protects your Bitcoin from theft

Unfortunately, somewhere along the way, Bitcoin addresses and private keys got the nickname "wallets" which I feel is a terrible analogy for new users. While a real physical wallet stores actual money in the form of bank notes, a Bitcoin wallet only contains the private keys that are used to access the funds on the public blockchain. A crypto wallet is essentially a place to store your private key, which you should take great care to protect.

Paper Wallet - This is simply a piece of paper with either the public, private or both keys printed on it. Paper wallets are simple and effective but fragile and susceptible to damage.

Software Wallet - There are many types of software wallets that can run on your computer, smartphone, or web browser. With a software wallet your cryptographic keys are stored on the hard drive of the device you use to connect to the Internet. Remember that story we mentioned in the first paragraph? Yes, a guy accidentally threw out the hard drive that contained his Bitcoin wallet and private key. He's been waging a years-long battle in the courts to get access to the landfill where he thinks the hard drive ended up. Don't be that guy, always have a backup of your wallet!

Exchange Wallet - There are many cryptocurrency exchanges where you can trade fiat currency for Bitcoin. These exchanges will host a wallet for you on their cloud infrastructure. This is useful for trading but is also risky because you don't control the private keys. Remember the saying - "Not your keys, not your coin." One should always move large amounts of crypto into offline storage when not being used for transactions or trading.

Hardware Wallet - These are special purpose devices that are meant to keep your private keys from ever touching the Internet. Usually you plug them into a smartphone or computer, but they never make a network connection and all transactions have to be approved by pressing a button on the hardware wallet. This is also known as 'cold storage' because you can lock the hardware wallet away in a safe or deposit box.

Metal Wallet - Modern crypto wallets can be created from a special 24 word passphrase. Some users will etch or engrave their passphrase onto metal plates for long-term storage. This protects against fire, flood, or other damage that might destroy a paper or electronic wallet.

Brain Wallet - Similar to the metal wallet, in this case your 24 word passphrase is stored entirely in your mind. The Bitcoin wallet can always be reconstructed as long as you remember this passphrase. This can be useful in situations where you must keep your ownership of the cryptocurrency completely secret. For example, you may be crossing a border into a hostile territory where you may be searched and have your physical wallet seized.

How do I get Bitcoin?

The easiest way to get started with Bitcoin is to sign up with a trusted crypto exchange such as Coinbase, Kraken, or Binance. You can purchase Bitcoin and other cryptocurrencies with a credit card, debit card or bank account.

Before you take the plunge into the crypto world we strongly recommend spending some quality time with one of our consultants. We have years of expertise with Bitcoin and other crypto investments and can help you avoid common mistakes and pitfalls. Crypto Wizard can assist with education, wallet setup, securing, purchasing and sending Bitcoin. Fill in our contact form if you'd like to learn more about our services. 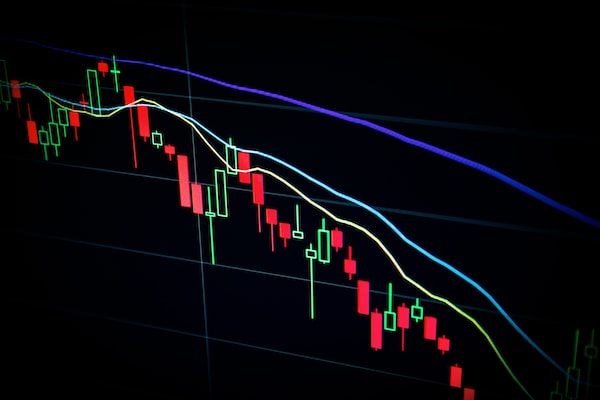 Decentralized Finance, or DeFi for short, is a rapidly growing area of the cryptocurrency market. It's a new way of using blockchain technology to create decentralized financial systems that are not controlled by any one person or organization.

If you're new to cryptocurrency you might be curious about where you can get some of this magic money everyone's talking about. If you have spare computing power and electricity you can mine for Bitcoin and other cryptos, but most people find it easier to simply purchase it with fiat